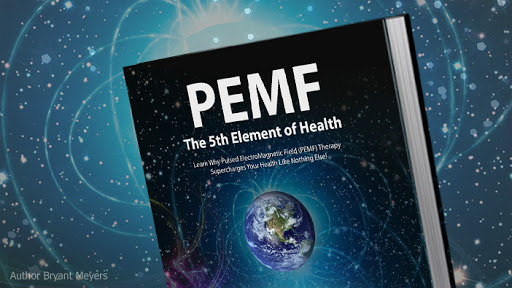 At low doses there’s basically no effect, but at higher doses it becomes more harmful. You can see a curve here, where there’s an optimal dose. Not enough is a deficiency and too much is a toxicity.

Perhaps the easiest way to understand hormesis is with a couple of examples. Exercise is something you are familiar with. Most people understand the concept of hormesis; they just aren’t familiar with the term. For example, if you do strength or resistance training, you’re actually stressing your muscles. You’re creating micro-tears of the muscular tissue. This is why you have to rest to recover. The muscles in the cells then stimulate a hormesis response to strengthen the body, and to repair and regenerate the tissue so that it becomes stronger than before you exercised. Too much stress is bad or toxic. For example, you can over-train when you work out too much.

Let’s talk about hormesis creating good stress. Research on stress has exploded. We now know that stress can damage, but we also know that stress can and does benefit people in terms of health, fertility, anti-aging and longevity. As we mentioned about dosages, if you don’t get a high enough dosage, it doesn’t create any result. And too much is injurious, and possibly in the case of pharmacology and toxicology, can even be lethal. Hormesis is actually used by toxicologists.

It refers to what’s referred to as a bi-phasic dose response to an environmental agent. The important point is as you can see on this bell curve, there’s a sweet spot and a diminishing return. This is a bi-phasic dose response. To contrast it to a linear, no-limit response curve, which would be just a straight line. Think of it as “one pillow is good, two is better, four is even better yet.” Most of us know that at some point there’s going to be diminishing returns.

When we take a look at our quantum biology, we start to get the sense that our bodies are very finely tuned, quantumly coherent fields of energy information. And all of these healing response pathways are finely tuned to stay in homeostasis or homeodynamics.

Let’s look at how we can use the hormesis effect to our advantage to create overall better health and longevity. Let’s use the elements of health as a metaphor to organize all the different ways we can use hormesis to our benefit. The element Earth, or food, can be either feasting or fasting. Hormesis effect does take place when you fast. Intermittent fasting is very helpful — and it is a stress to the body. But it’s a stress, that when done correctly, will create a positive result. You can overdo it, to the point of starvation. That’s taking hormesis to the wrong side of the curve, where it becomes harmful.

The next element of health is the element of fire, or light. There’s good research to show that the heat shot proteins in sauna therapy, or cold thermogenesis.

Next there’s the element air. In this case we can talk about oxygen and hyperbaric and hypobaric devices. You can go either way. You can stress the body with hyperbaric chambers, saturating the body with oxygen. Or you can do hypobaric, which is like high altitude training. In the case of hyperbaric, you’re stimulating the body’s compensatory and reparative systems to the R-O-S, or Reactive Oxygen Species. In the case of hypobaric, you’re stimulating the body’s ability to produce more hemoglobin naturally to absorb more oxygen. This is why high altitude training is so beneficial.

The next element is PEMF, the fifth element of health. We’ll discuss that in detail in the next report. We’ll talk about pulsed magnetic therapy and the hormesis effect. And we’ll compare it to laser therapy.

Beyond the natural, low-frequency PEMFs of the Earth, there are higher frequencies from the Sun, in the form of UV, and from the Earth’s crust, in the form of radon. These higher frequencies can be referred to as radiation hormesis. Radiation hormesis is a little controversial, but there’s good evidence to show that certain types of radiation that we thought were harmful, like UV radiation, are actually beneficial in producing vitamin D. With sunlight hormesis, or using sunlight therapy for hormesis, I tell people that if you have the privacy in your backyard, lay naked in the sun for fifteen to 30 minutes a day, depending on how far you are from the equator. The Journal of the National Cancer Institute published a report that sunlight can actually reduce incidents of cancer if you do it in the proper dose. That’s contrary to what people think about skin cancer.

There’s another type of radiation. Gamma rays and x-rays. There are radiation hormesis stones. They are polished stones, sometimes certain types of granites, that have a natural amount of radon or uranium. If you get the stones with the right amount of radiation it’s actually beneficial.

Let’s talk about a few more examples of hormesis, beyond the five elements. Sleep. Too much or too little sleep is bad; you want to hit the sweet spot. Mental activity is another form of hormesis. You can challenge yourself through reading and puzzle solving. My grandfather, who passed away at age 95, we mentally sharp up until the end. He did puzzles every day Alzheimer’s and other dementia-related problems may be the result of aluminum, but I also think that people just don’t stress their mind enough. After you retire, stay productive and mentally challenge yourself.

Stress in the right amounts is good. I’m not going to get too much into pharmacology, toxicology, immunizations, and vaccinations, but there is hormesis research in all of those areas. The hormesis effect is even taught in medical schools. This is a very well researched topic, but a lot of people aren’t aware of it. The reason I’m writing these reports related to energy medicine, is to refute the idea the “more is better.” With PEMF therapy it’s a big myth that more is better. That’s totally ignoring the hormesis effect. We really need to understand this effect in the human body to approach natural healing and energy medicine in a safe and effective way. When you hit the sweet spot in the hormesis curve, you get not only better benefits, but it’s also much safer.

To review, here’s a definition of the Hormesis Effect: A...

Because the science of Pulsed Electromagnetic Field Therapy (PEMF) can...